Blake Snyder’s Save the Cat! provides a kind of anatomy for the skeleton of the screenplay – 15 beats (plot events) which he claims belong in every good story. It’s a pretty ballsy claim – and one I want to question by looking at his 4th beat: the Catalyst.

As you’ve probably guessed from the name, the Catalyst is the moment that sets the wheels of the story into motion. It usually takes the form of an offer (Inception; The Talented Mr Ripley) or an assignment (Casino Royale; The Departed) or a threat (Toy Story; Lock, Stock and Two Smoking Barrels) – basically anything which will inevitably lead our hero to abandon his previous world and enter one which is entirely new. This is a beat Blake is very strict about, as he writes:

Cut it down and put it where it belongs: Page 12. … If it’s not there, the reader will get antsy. Your coverage will read: “No Plot” because you’ll have lost the reader’s attention. Page 12 – Catalyst. Do it.

So, the Catalyst must appear on Page 12 for entertainment purposes. My problem with this rule is: it just doesn’t seem necessary. Lock, Stock and Two Smoking Barrels is a wildly entertaining film – so much so that even my mum, a person bored by all moving images, loved it. But where does its catalyst appear? The 29th minute. That’s almost one and a half times later than it ought to be. Actually, here’s a graph to show how skew the structure of Lock Stock is:

compared to the proposed structure by the Save the Cat! Beat Sheet:

Stepping sideways, let’s take another example: Fargo, in which a man arranges his own wife’s kidnap in order to wangle some money from her rich father. Blake actually gives this film’s Beat Sheet in Goes to the Movies, stating that the Catalyst is the moment when…

At Minute 13, Jerry gets a call. Wade might go for a business deal he proposed that we know might save him – and eliminate the need for the kidnapping.

Isn’t this the opposite of a catalyst? I mean, it doesn’t set the story’s wheels into motion at all – actually, it threatens to halt them. If the Catalyst is the device which initiates the change into Act II, then isn’t the first scene (where Jerry organises the kidnap) really the film’s catalyst? This would mean that the Catalyst truthfully takes place on the 2nd minute, rather than the prescribed 12th.

So why is this not a problem for either of the aforementioned movies then? Lock Stock and Fargo are both very enjoyable films, both ranked in the IMDb Top 250, both critical and commercial successes.

Well, I’d offer ‘scope’ as one answer. The longest months of my life were the ones during my year out, when I spontaneously decided to reapply for university. I knew that I had 13 months to fill but I didn’t know what to fill them with and, other than working to raise money, didn’t have any short-term goals. This feels like a good analogy for a bad screenplay. Audiences are constantly asking “Now what?” and always need the promise of change. If a story looks like it’s going nowhere, they disembark.

To me, this is a big mistake that’s often made by the “Psychological Thriller” genre. Such films are usually about a character coming to terms with something or wrestling with his soul. However, people tend not to have much of a plan of action when it comes to soul-wrestling. The result is Colin Firth lying about in a bed and looking at ants for 10 minutes, after which he probably feels more lively than you do. 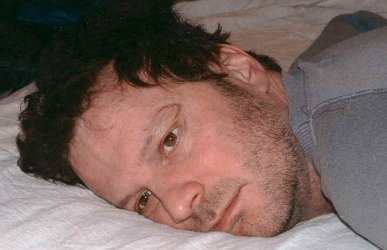 With this in mind, I’d make sure every scene has a new expectation to it. And if it doesn’t, add something which points to newness on the horizon, suggests impending change.

Well, okay. This is a bit hypocritical of me. I love dialogue-heavy movies and hate the notion that everything must contribute to the plot or be deleted. There are, of course, other ways of making sure the audience don’t abandon ship: funny or engrossing discussions, stylish editing, beautiful camerawork. I think the first 10 minutes of Family Guy tend to be completely irrelevant to what the episode’s ‘about’, relying only on comedy to persuade you to stay with them. I’m just saying that it’s generally helpful to think of the audience as the annoying kid who keeps asking if “we’re there yet” without getting anorexic about your soliloquies.